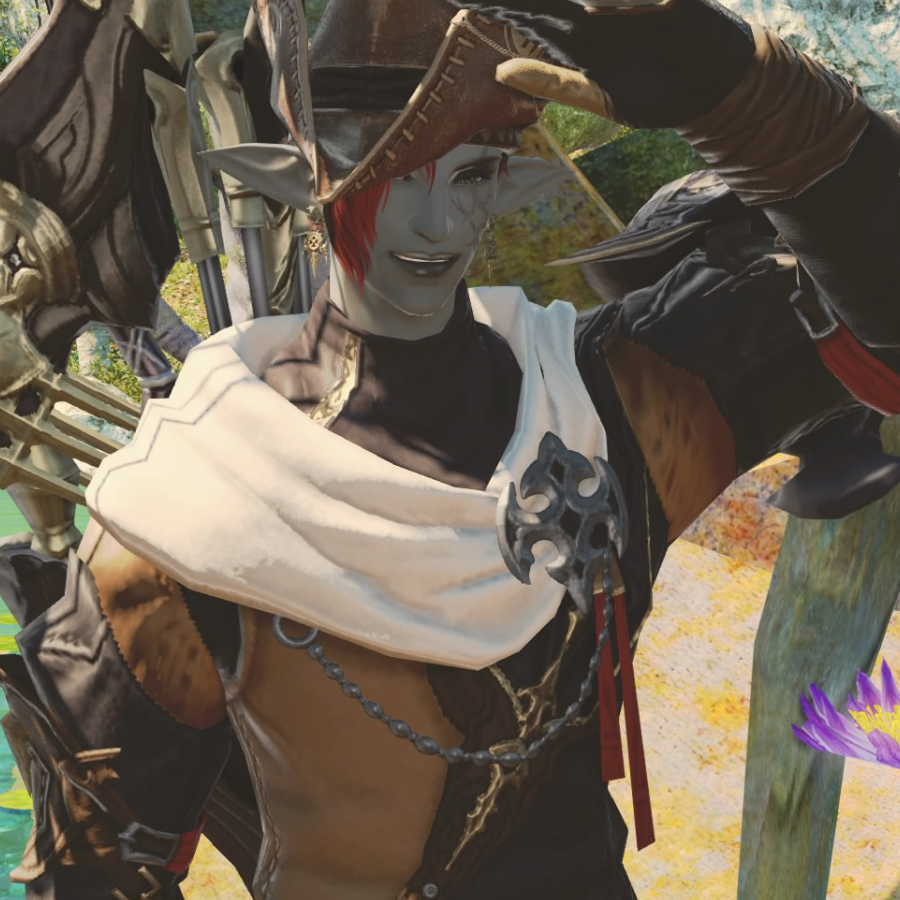 Drividot Nicot, better known as the Warrior of Light, is many things--bard, machinist, dancer, crafter, gatherer, hero, villain, pet owner--but above all: he is always immaculately dressed.

His vanity aside, his other notable traits include a tendency to be cloying in love, a fondness for good food and drink, a weakness for cute round beasties, and a very dry, sarcastic sense of humor. The savior of the realm, when not saving the realm, enjoys handicrafting, music, old romances, playing with his pet (Pierre the pudgy puk) and fashion. Oh, gods, does he enjoy fashion. As for how all that came to be...

The only child of a duskwight couple living in the farthest northern reaches of Coerthas. Three generations ago, his ancestors fled the Black Shroud and the mistreatment suffered there by duskwight elezen for the greener pastures (so to speak) of Coerthas, under the rule of the Holy See of Ishgard. The land their diasporic community lived on was part of the holdings of House Haillenarte, known for their fairness, and as a result Drividot had as decent a childhood as anyone could reasonably hope: Though marked by suffering and privation, for Coerthas is a harsh land and the dragon wars tore through the region as they did any other, he survived strong and healthy and whole. He learned his letters and sums as well as how to cook, weave, work leather and wood, and to hunt and survive in the Coerthan wilderness, and he was looking to lead a hard but happy enough life in the manner of his parents and theirs before them.

Then the Calamity came.

In its wake, Coerthas froze in an eternal winter, and the difficult life of a rural peasant became, Drividot realized slowly, impossible. He was one of the first of the community to realize that spring wasn't coming, and subsequently that he had to leave if he wanted any kind of a future at all. But as he tried to work his way south to Gridania (and he viewed the return to his people's ancestral homeland as exciting and auspicious), he ran into difficulty keeping the money and necessities flowing, and had no choice but to turn to smuggling. To his unease, he discovered not only that he was good at it, but that he enjoyed it a great deal. As a result of this, Drividot began to displace this onto a sort of alter ego he developed for his life of crime, "Saint Sachevere." Drividot/Sachevere were responsible for moving not only money and necessities--what Drividot strictly needed--but also soon luxuries, things Drividot had never had back in his home and which, he discovered, he really was surpassingly fond of. It took Drividot almost five years to make it all the way to the Black Shroud, and over that time he learned a great deal about luxury markets, luxury goods, how to care for them, move them, identify them, and wear them. When he finally crossed the border into Gridania, he resolved to "go straight" and put all of that behind him--even formally "killing" Saint Sachevere--but what is known is difficult to un-know, and he remains haunted by the "saint"'s ghost.

From there, he arrived in the Gridania environs in a cart with a peddler and elezen twins, and, dozing off, had the strangest dream... 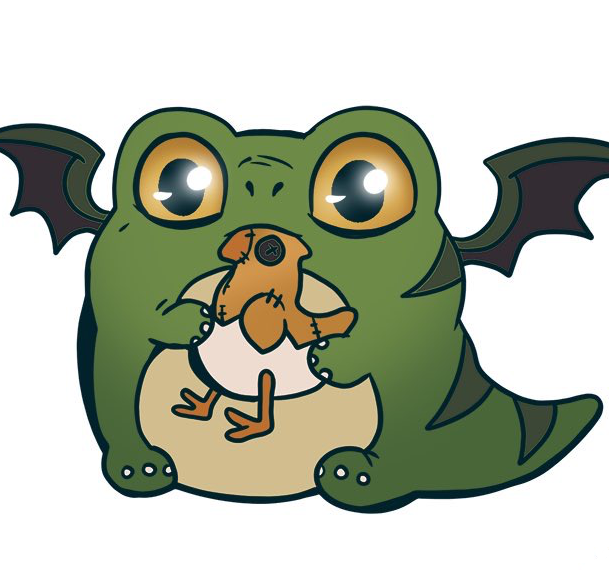 Hi! You may call me puk, I am Drividot's player and the maintainer of this website. I'm a writer currently based in the USA (it changes from time to time), and when not noodling around with FFXIV I enjoy journaling, reading, going on long walks in big cities, visiting art museums, and traveling. Puk illustration by my wonderful girlfriend.